Why You Should Consider a Vegan Diet

Veganism has turned into an increasingly familiar term across the globe. In the U.S. alone, the last few years have shown an extraordinary increase in the number of people choosing a vegan lifestyle. Is it a trend? Is it something good? While more and more people are favoring a plant-based diet in the U.S., some still oppose it, and as a matter of fact, promote the opposite. It’s natural for anyone considering or interested in cutting out animal products from their life to get severely confused with such polar reactions. Let’s make one point clear a vegan, or even a plant-based diet, has been tremendously beneficial for many people. It’s a friendly move for your health, for animals, and the planet over-all. The rest of the article precisely elaborates on these benefits.

People switch to veganism for multiple reasons, a primary and common motivation is often ‘for the animals’. Animal cruelty has long been a part of human history. With profit attached to animal products like meat, dairy food items, and fashion thriving at the expense of animals’ freedom, the cruelty has reached appalling levels. People who share emotional bonds with animals often find themselves opting for a vegan lifestyle. Cutting out animal products from your life makes for a clear statement that you oppose animal cruelty, and also to raise awareness regarding it. But not all vegans need to have emotional attachments to their pets or other animals, anyone can choose to avoid animal products because they respect animals’ freedom and right to life.

One science-based benefit of following a vegan diet is its association with a lower risk of heart disease. A vegan diet can help you lose extra pounds. Vegans eat more fruits, vegetables, legumes, and other foods containing high amounts of fiber. These foods are well-known for helping reduce the risk of heart disease. Since these foods are meticulously adjusted in vegan diets, they’re significantly more protected from high blood pressure and other such illnesses than the rest of the population. Statistics tell us that the risk of vegans dying from heart disease is 42% lower than the rest of the non-vegan population. Other benefits that can convince you to switch to a vegan diet are its effectiveness in reducing blood sugar and cholesterol levels.

A vegan diet helps in better coping with mental health issues like anxiety and depression. It cannot substitute professional help but helps in improving your mood to a great extent. Studies have shown that vegans also show improved productivity, giving you one more reason to make the big switch. Since a vegan diet includes massive amounts of fruits and vegetables, which have antioxidants, you live a healthier life. Your mood is affected by your serotonin level, which can be regulated through carbohydrates. Brown rice, for example, has a positive effect on your serotonin levels. You live happier days with significantly improved moods when you switch to a vegan diet, which should be reason enough for considering the change. When you’re happier, you are more productive and better equipped to deal with the challenges life throws at you. With a balanced plant-based diet, you’ll have improved moods.

Keep the Environment in Mind

Production of animal products burdens the environment on multiple levels to varying extents. Everything from the production of animal goods to transportation has an impact on climate. Meat production requires more water and crops for feeding the animals, along with transporting them. Deforestation and habitat loss are both grave examples of how non-vegan culture has affected the planet. Meat production is a significant contributor to such harmful activities, along with the extinction of many species. It’s even more saddening to know that developing countries resort to pushing their people into further malnourishment, choosing to grow cash crops for animals in European countries.

It’s not only unfair but also disturbingly widespread. However, by switching to vegan life, you can help end this practice. Resources like crops and water do not get exploited as they do for meat production when switching to a sustainable vegan diet.

We share the planet with other people, and as the scarcity of essential resources continues to skyrocket, it’s high time we take some responsibility. Our privilege often stops us from checking what affects our eating habits have on other people. Veganism is far more sustainable than the alternatives. The plant-based lifestyle helps us make better contributions towards socio-economic issues and help us in unburdening the planet. The requirement for land to support a plant-based diet is massively small compared to that required for a meat and dairy diet. By saying no to animal products, you can stand up for the planet, and this stance will help improve the lives of many poor people.

No matter how happy the animals look in the meat and dairy industry campaigns, it’s naïve to mistake it for reality. Our conscience and privilege enables us to survive, and even enjoy life without hurting other beings. Animal farming is far from humane, no matter how many myths promote ‘ethical killing’ nothing about it is ethical. Veganism is more compassionate than vegetarianism because the dairy industry tortures animals, just like the meat industry. There’s forcible impregnation of cows and torture of different kinds just for a carton of milk.

A hamburger will cost you a little of your money, but it comes after killing a living being who was scared of death. Farmed animals are voiceless, but you can speak up for them by refusing animal products.

The list of why veganism is a better option for you doesn’t just end here. A hilarious and sad truth to the list is that we don’t even need animal products. Farmed animals are killed due to our sheer ignorance and lack of compassion for the rest of the planet. Since we’re taught as children that eating and drinking animal foods is healthy for us, we tend never to question it again. The truth is, we don’t need meat, dairy food items, or eggs. A plant-based diet can help us live a healthy and happier life. Put yourself in their shoes. How would you feel facing death and slaughter? Farmed animals love life just like humans, but unfortunately, they’re not given the same dignity. By choosing veganism, you’ll be taking the humane step, promoting the freedom and respect that animals deserve.

Iron is vital for the human body, and deficiency can cause various diseases such as anemia. In addition, iron is a crucial component of hemoglobin…

Read More »Foods That Are High In Iron 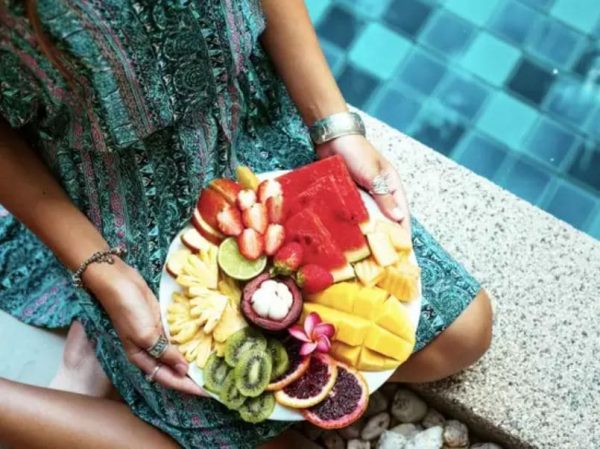 Summer is the time when you probably sweat the most and, as a result, get the most dehydrated. The kind of foods that you…

Chestnuts and Christmas go hand in hand; you cannot think of one without being reminded of the other. However, chestnut has been limited to…