Healthiest Breads to Stock Up On

Several varieties of bread fill up store shelves as well as cookbooks, while some of them offer more significant health benefits than others. Some of them are high in minerals, fibers, and vitamins, while others have refined grains and provide little to no health benefits and nutrition. Here is a list of the healthiest bread you can choose.

Whole grains that sprout from exposure to moisture and heat are used to make Sprouted whole grain bread. Sprouting has proven to raise the availability and amount of nutrients. A study has found that pita bread, which uses 50% of sprouted wheat flour, offers over three times as much folate, a vital vitamin for converting food into energy, compared to white bread, which does not use sprouted wheat flour.

Studies have also shown that grain’s antioxidants can be increased through sprouting while simultaneously decreasing antinutrients or block absorption by compounds bound to minerals such as iron. This process also breaks down starch present in grains, reducing its carb content. Hence, sprouted grains do not raise blood sugar levels as much when compared to other grains, making it a preferable choice for those with reduced blood sugar controls or diabetes. Besides, sprouted bread generally is high in proteins and fiber. Due to this, they can be more fulfilling compared to more refined bread.

Sourdough bread is made through a process of fermentation, which relies on naturally occurring bacteria and yeast to make the bread rise.

Fermentation aids in reducing the number of phytates and phytic acid, which bind to certain minerals and diminishes their absorption into your body.

A study has found that sourdough bread made through fermentation can decrease phytate content by over 50% compared to the normal fermentation process.

Probiotics are healthy bacteria that are in your body as well as in some foods, while prebiotics are non-digestible fibers that are consumed by these bacteria. It is ideal for getting enough of both to promote better gut digestion and health. Sourdough bread is also thought to have a lower GI (glycemic index), which is a measure of the impact the food can have on blood sugar. This is due to the bacteria present in sourdough, which aids in decreasing the rate at which starch is digested, making it less likely for the bread to cause a spike in blood sugar levels.

Sourdough bread can be created with both white flour and whole wheat. Although each offers the benefits of fermentation, whole wheat sourdough provides more iron, fiber, and other nutrients.

The entire grain is intact in whole grains, which includes the endosperm, bran, and germ. Bran is the hard outer layer that is high in fiber.

Its germ and bran also contain vitamins, fat, protein, beneficial plant compounds, and minerals. At the same time, the endosperm is mainly starch, which is why whole grains and whole wheat contain a higher amount of fiber and are considered more nutritious compared to whole grains, which have gone through the process to remove the germ and bran. Whole grains have been associated with numerous health benefits, including reducing risks of type 2 diabetes, certain cancers, and heart disease.

However, it is essential to remember that numerous manufacturers label their bread as “whole wheat” to appear healthier, even though it may only consist of refined flour. Look out for bread that is 100% whole grain flour or whole-wheat listed first in its ingredients, and do not sneak in any unnecessary ingredients such as vegetable oils or sugars.

A slice of whole-wheat bread provides:

Oat bread is generally made from a mixture of whole-wheat flour, oats, water, yeast, and salt. Oats are highly nutritious and are associated with several health benefits, making oat bread a healthy choice.

Oats are high in beneficial nutrients and fibers, including vitamin B1 (thiamine), magnesium, iron, and zinc. The fibers in oats are known as beta-glucan, which can help regulate blood sugar, reduce cholesterol levels, and decrease high blood pressure.

A review of 28 studies showed that consuming 3 grams or more oat beta-glucan per day significantly reduced cholesterol levels and LDL compared to not consuming oats.

The study also showed that the beta-glucans cholesterol-lowering effect in oats was higher in people with a higher baseline cholesterol level.

However, just because a bread packaging has “oatmeal” or “oats” on its label does not mean that it’s healthy. Some oat bread can contain a small or meager quantity of oats and can be made of mostly refined flours, oils, added sugars.

To discover a more nutritious oat bread, look out for one which lists whole-wheat flour and oats as its first two ingredients.

Flax bread is made primarily from flax seeds and whole grains, and it is one of the healthiest bread you can consume; this is due to flax seeds, which are high in nutrition and offer several health benefits. In particular, it is an excellent source of ALA (alpha-linolenic acid), which is an omega-3 fatty acid found in plant foods.

A review of 27 studies discovered that high dietary ALA consumption (alpha-linolenic acid) was linked with a reduced risk of heart diseases.

Also, flax seeds contain lignan compounds that act as an antioxidant in your body and help protect you from certain cancers. A study involving 6,000 postmenopausal women indicated that those who consumed flax seeds regularly had an 18% less chance of developing breast cancer than those who did not.

Interestingly, those who consumed flax bread had a 23% less chance of developing breast cancer than those who didn’t. However, it is vital to remember that the study was observational; more research is required to understand the relationship between cancer risk and flax seeds. Look out for flax bread with minimal ingredients such as whole-grain flours or/and whole-wheat, water, yeast, and flaxseed.

Some bread offers more nutritional values and health benefits than others, such as oat bread and flax bread. To choose from various kinds of bread, look out for ones made with sprouted grain flour or/and 100% whole grains. Ensure that it does not contain any additional ingredients such as vegetable oils or added sweeteners.

This site uses Akismet to reduce spam. Learn how your comment data is processed.

previousVegan Trends That Are Blowing Up!
nextHow To Make Dairy-Free Ice Cream 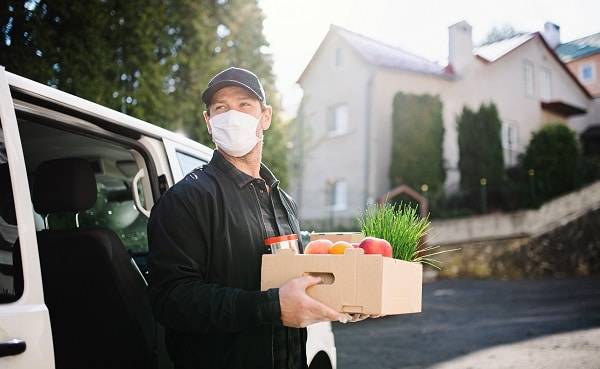 Going to the market and buying groceries can be time-consuming, especially when you need to drop the kids to school and leave for your… 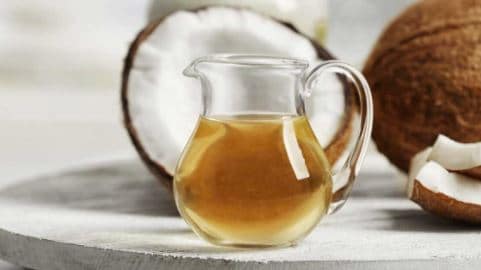 What Is MCT Oil And How To Use It

Looking at the extraordinary health benefits of medium-chain triglycerides (MCTs), it is no surprise that they have become a part of many people’s regular…

Read More »What Is MCT Oil And How To Use It 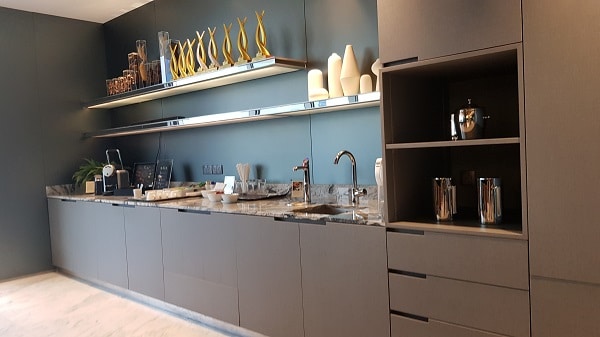 Products That Make Your Life Easier In The Kitchen

Nobody can live without food because it’s an essential part of our lives. The kitchen is that part of our home where the food…

Read More »Products That Make Your Life Easier In The Kitchen

What Is MCT Oil And How To Use It

Products That Make Your Life Easier In The Kitchen